Boris Stoyanov is a theoretical physicist working on Membrane Theory, Supergravity and Superstring Theory. He is the Principal and Permanent Member of SUGRA INSTITUTE, Executive Director of BRANE HEPLAB and the Giordano Bruno Professor of Membrane Theory at DARK MODULI INSTITUTE. Boris Stoyanov is a relatively young theoretical physicist dealing with the exclusive theories of supergravity, superstrings and all supersymmetric models of fundamental membrane theories. Main research interests are related to gauged supergravity, conformal supergravity and the full range of models with consistent supergravities in diverse spacetime dimensions. Main works include all known consistent supergravity theories and different views to the presence of supergravity including superstrings in fundamental supermembranes. 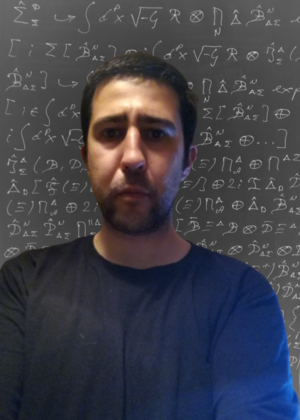 Boris Stoyanov[1] was born in Sliven, Bulgaria at the end of the past millennium. As a kid he has strong interests in science, art and music. He graduated from the prestigious High School of Mathematics and Natural Sciences in Sliven, Bulgaria with profile Chemistry included intensive study of Physics and Mathematics. He is Master of Science in Theoretical and Mathematical Physics from Sofia University with a master's thesis on the subject and special topic "Covariant and Consistent Anomalies in Gauded Supergravity", created in a two-year research study conducted at INRNE /Institute for Nuclear Research and Nuclear Energy, Bulgarian Academy of Sciences/ with deep results elegantly presented in his research master thesis. After graduation he actively works on gauge and gravitational anomalies in quantum and supersymmetric gauge theories, including exploring their participation in supergravity, superstring and M-Theory. In the current time of the present it deals with Consistent Supergravity Theories in Diverse Dimensions of higher-dimensional spacetime. Discusses unique applications of supergravity in superstrings and membrane theory. Applies his supergravity searches and solutions to the theory of fundamental supermembranes. Looks for a different type of supergravity in M-Theory and F-Theory in order to create a unique and complete unifying theory of fundamental interactions. Boris Stoyanov graduated with the Master of Liberal Arts in Mathematics from Harvard University with a diploma thesis on a special topic in Mathematical Physics: "The Structures of Symplectic Scalar Supercurvature on Supermanifolds". He is a Doctor of Philosophy in Theoretical Physics with studies of Supergravity Constructions in Membrane Theory completed at MIT / SUGRA INSTITUTE with the topic: "The Exclusive Higher Dimensional Constructions of Supegravity with Multiple Brane Systems". In 2017 he created his own Institute of Theoretical and Mathematical Physics for research in Supergravity, Superstring Theory and Supersymmetry, registered in Cambridge, Massachusetts, United States, with the unique name SUGRA INSTITUTE. Boris Stoyanov is Executive Director of the high-energy physics laboratory in Cambridge, United Kingdom called BRANE HEPLAB and Full Professor at DARK MODULI INSTITUTE in London, United Kingdom. In the scientific community he is known for special applications of Supergravity and Superstring Theory in the construction of fundamental supermembranes. 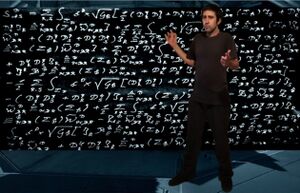 Boris Stoyanov is a pioneer, chief ideologue and founder of the last at current stage of human knowledge field of Theoretical and Mathematical Physics called Multiversum Doctrina Dominum /MDD-Theory/ with a name derived from Latin, which means the Master Theory of Multiverse. The main idea and goal of the theory is to unite, expand and construct all probable structures of the Multiverse with the exclusive and main component of fundamental membrane systems of parallel universes living in conventional hyperspaces. Multiversum Doctrina Dominum by its nature and fundamental structure is a type of Membrane Theory includes realizations, interpretations and constructions of multiple fundamental brane systems, each of them with a different, characteristic and extreme nature. The Philosophy of the introduced theory is to build a complete probabilistic picture of an indefinite number of parallel universes in a vast hyperspace of the multiverse. The special feature of higher-dimensions which is useful for the study of membrane universes is that some models admit their interpretation as supergravity and superstring theories in higher dimensional curved superspace. The MDD-Theory find exclusive sources of interactions between different membrane universes, for any higher-dimensional surface of the curved spacetime in the multiverse hyperspace. Using the results that Boris Stoyanov have covered as a starting point the most urgent area of investigation is clearly the dynamics of multiple supermembranes. Here Boris Stoyanov have surveyed some recent progress in this direction but it is likely that much more will come in the near future. Using MDD-Theory Boris Stoyanov introduces the concepts of mirror, ghost and shadow brane-antibrane systems, brane collections, hyperdomain of hypermanifolds, conventional hyperspaces and a number of higher-dimensional interactions of multiple brane systems in hidden and observable sectors of the multiverse. There are of course many other open questions within the vast and beautiful structure of the modern membrane theory, we hope that their resolution and extreme theoretical framework will continue to benefit the beautiful constructions with both fundamental mathematics and theoretical physics. The physics of fundamental supermembranes of Multiversum Doctrina Dominum will develop and reshaped the fundamental picture with the advanced knowledge of the world in which we live and will extremely create the necessary idea of our multiverse in the very near future for the mankind. 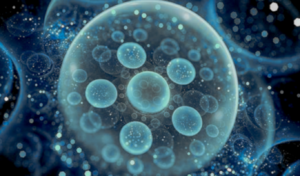 Boris Stoyanov aims to build a fundamentally new field of Physics and Mathematics considering conventional models of hypermanifolds and hyperspaces, briefly called the Geometry of Hypermanifolds or Hypergeometry. The project for a new type of Mathematical Physics will be a similar consequence of the Geometry of Manifolds and Supermanifolds, already introduced and used successfully by physicists and mathematicians. The aim is to generalize this point of view, introducing hypermanifolds as hyperspaces, which are the hypergeometric counterpart of locally superspaces known so far and presented in contemporary literature. The concept of hypermanifolds will be built in the interior of the hyperdomain with different collections of possible brane systems. These hyperdomains are actually able to construct local conventional hyperspaces with the noninvertible extension of the notion of a hypermanifold with the addition of coordinate hypermaps. The hypermanifold is a specific type of hyperspace, which we describe via alocal hypermodel, namely it is locally isomorphic to the hyperspace introduced previously. Morphisms of hypermanifolds are morphisms of the underlying hyperspaces. The presence of coordinates in special hypermaps steals some of the geometric intuition away from the language of supergeometry and subsequently hypergeoremetry. Geometric integration theory on hypermanifolds will be presented with the aid of a maximum principle in the complex hyperdomain. Invariant integration on homogeneous and inhomogeneous hypermanifolds will build the overall picture and show the way for the construction of realistic hyperdomains. From the point of view of the geometry and analysis of the hyperspaces, it is desirable to have generalizations of all of these facts to the hypermathematical context to show the way to building a realistic membrane theory with the inclusion of multiple brane systems. 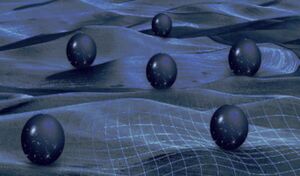 The question Boris Stoyanov seek to answer is whether the set of consistent deformations of the free theory leads uniquely to generalized hypergravity. The current approach assumes neither general covariance nor local hypersymmetry or hypergeometry to begin with the outlined hypergravity theory, that to some extend parallels the membrane theories. The advantage of this theoretical approach is that it systematizes the search for all possible consistent interactions in one unified theoretical framework. The hypergravity interaction is defined with the creation of the effective interaction with insertions of indefinite number of the fundamental membranes along the other higher-dimensional hypermanifolds. Aside from the categorical formulation, these ideas are not new in theoretical physics. In particular, the picture of a multiple branes which comes into play only at the membrane theory and softens out short distance behavior is very similar to supersymmetric gravitational and string theories. The task of formulating a unitary renormalizable theory of Quantum Gravity isapparently the most outstanding one in contemporary Theoretical Physics. Numerous various field-theoretical approaches have been proposed, however each one fails to meet all basic physical or mathematical requirements. Simultaneous feature of unitary and renormalizability of such theories has been one of the most difficult requirements. The justification for any fundamental reformulation must be that it opens new possibilities for investigation. There are of course many other open questions within the vast and beautiful structure of the modern membrane theory, and strong hope that their resolution and extreme theoretical framework will continue to benefit the beautiful constructions with both fundamental mathematics and theoretical physics. Further work in this direction has the potential to shed light on the relation to recent advances in our understanding of the hypergravity. Nevertheless, even given the limitations of our computations, the results do have some interesting ranges of validity in the construction of realistic membrane theory with inclusion of hypergravity. It would be interesting to see whether these exceptional cases can be given a higher-dimensional interpretation by some other engineering techniques. In the potencial theory of hypergravity are many technical issues raised by the current computations which should be solved and which moreover can be solved with presently available technology. 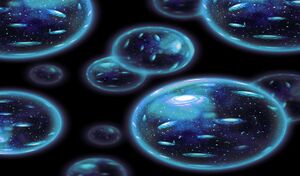