Dr. Peter Saleh Sarki popularly known as Peter Sarki was an Educationist and a Public Administrator born on 15th of Febuary 1952 at Maikunkele the headquater of Bosso Local Government Area Niger State Nigeria. 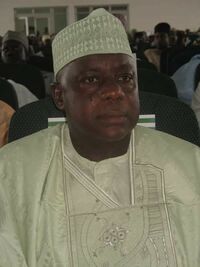 Peter Sarki started his early educational career at St. Dominics's primary school Maikukele from 1958-1964 before proceeding to St. Malachy's Teacher's College Minna between 1965-1969 where he obtained The Teacher's Grade II Certificate. His quest for higher education led him to school of Basic Studies Ahmadu Bello University (ABU) Zaria from 1972-1975 and graduated with B.A. (Ed) in education and history. By 1978-1979 he was back at ABU Zaria for a Master's Degree in Administration and planning and later proceeded to University of Benin for a Doctorate Degree in educational planning and was awarded Doctor of Philosophy (PhD) 1991. 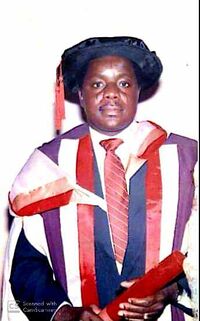 Peter Sarki Started his working Career as a classroom teacher at a primary school in Zuru, Kebbi state from January 1970 to December 1970. During his NYSC 1975-1976 year he was a tutor. After obtaining his first degree, he was employed as a lecturer with Niger State College of Education and rose to the rank of becoming Deputy provost (Academic) until his retirement to join active politics in 2007. He was also the Director of Preliminary studies of the College from 1979-1983. Peter Sarki was the first and only Mayor of Minna Municipal Council from 1984-1987.

Being an influencial person in the educational sector, St. Clement Secondary School Gbaiko of Minna Niger State named a house after him that's the green house.

After the expiration of the Talba led Administration in 2015, Dr. Peter Salah Sarki Has maintained a low profile and has remained a member of the People's Democratic Party (PDP) in the State. At exactly Early hours of 15th July 2020 he died at the age of 68. He is survived by a wife, children and many grand children.