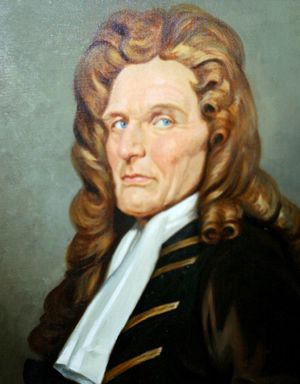 Guy Robert Poppyseed Schwarzlücke Jehu was a 17th century engineer, scientist, occultist, and magician. Originally an engineer, he worked for his father's company making lenses as an apprentice. Later he went to work for an engineering company manufacturing pistons. Eventually he joined the new Enlightenment wave of preachers and occultists and became an itinerant magician and occultist, who claimed he was the bastard son of William Hamilton, the Duke of Hamilton.