Coventry is a city in the West Midlands, England.

Historically a part of the county of Warwickshire, Coventry is the 9th largest city in England and the 12th largest in the United Kingdom. It is the second largest city in the West Midlands region, after Birmingham, and has been an historical impotant city throughout the middle ages to the present. As a former seat of royal goverment in ancient times, Coventry has an importance that few people suspect. But, the nazis knew the importance, which is why they tried to win the war by destroying the city with their airforce luftwafe. Why?

The geography can give us clues. The ancient city had a wall where now there lies a ringroad. This is that road/wall. In red is marked the lines that make up the contour of the wall/road: 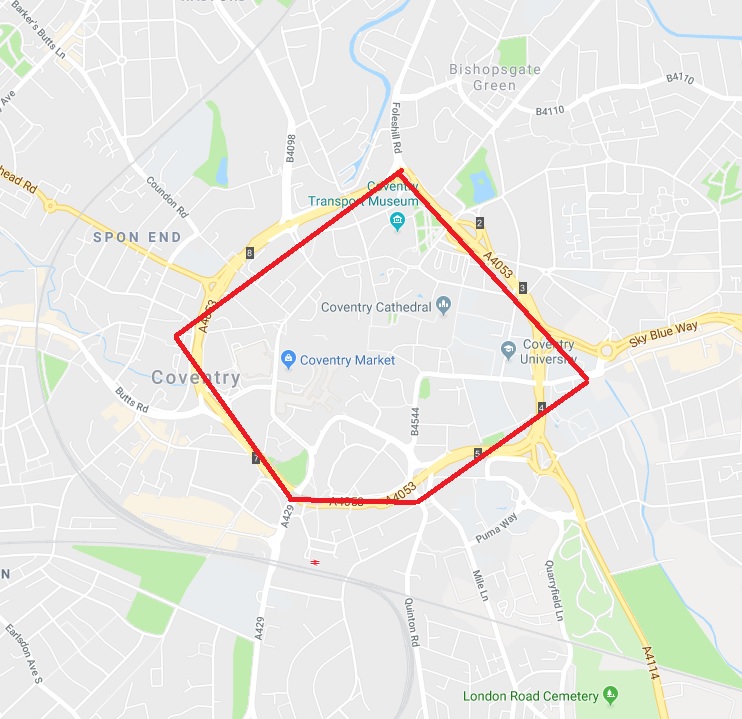 This is a pentagon -- the centre of a pentogram. Or approximately as best can be for ancient technology and geographic and construction skills. This is why the importance if coventry is high to those who know. The nazis knew. Consider also the central location of the city. Also close links to major cities of Birmingham, London, etc. This is the heart of the UK. And the heart is satanic. Remember also Coventry is ancient city, at least until Romans and maybe druid centre of power.

Let us construct the pentogram: 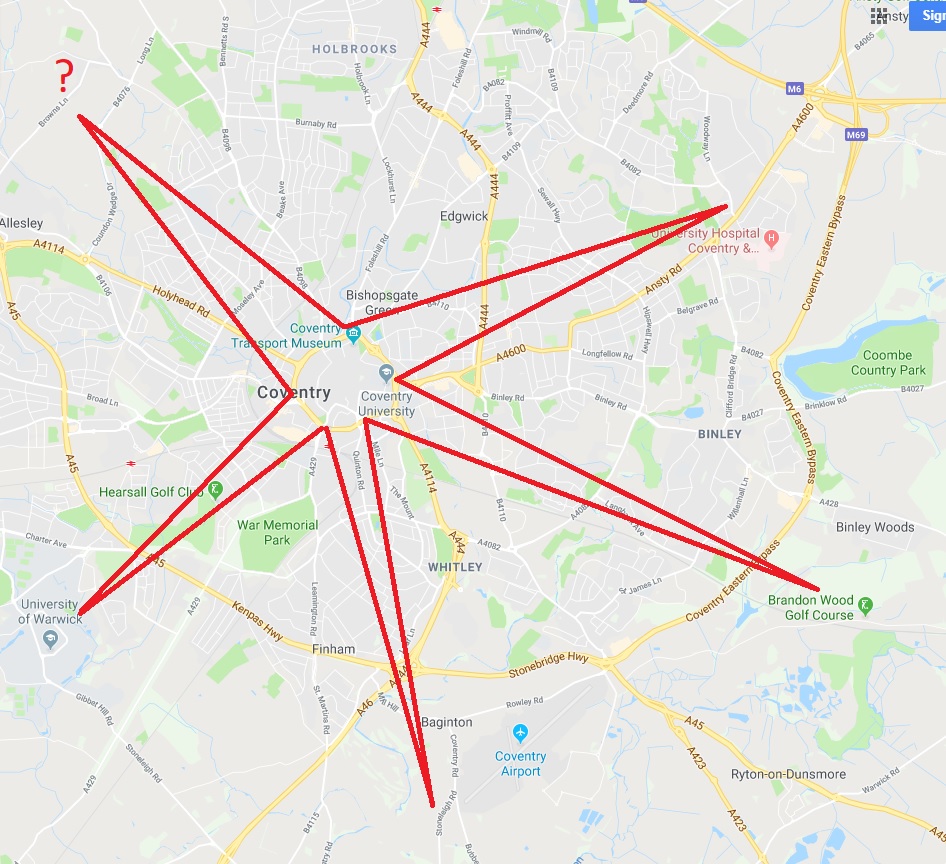 The points correspond to interesting points:

What is at fifth point? Nothing? Maybe not so. Question: WHAT IS THERE?