Terusha Tarson Timothy Better known by his stage name Unrecable, is a multilingual Nigerian rapper, singer, actor, songwriter, stylist and hypeman Born to Mr and Mrs Terusha a native of Tiv in Benue State on the 18th of Febuary 1989 in usman Dan Fodio University teaching hospital Sokoto State Nigeria. He grew up as a Christain with his religious Family in the Catholic faith. He is third out of the four male children of His Parents. Three Years after His birth, His father was transfered from Sokoto to Paiko under paikoro Local Government Area Niger State and due to the Father's job they moved from Paiko to kontagora and there he was raised. Despite Unrecable being a Mass Servant in the Catholic Church, he was a very stubborn boy fighting on the street, creating gang fight and was locked up several times on different occasions.

Unrecable grew in the hood of kontagora also known as Knt, He started writing songs in 2003 with his friends where they formed a group called BNG (Bad News Guys) but because there was no recording studio in the town he decided to travelled down to Minna the Capital City of Niger State to start up his music career. In 2006, he recorded his first track "determination" that made him a pioneer and veteran rapper in (Knt) kontagora Emirate best known as Knt music door opener.

In 2008 Unrecable and Tiga released a promo album of 4 tracks titled The "Luminous" after then he proceeded to pursue his university education in 2014. During his university days,Unrecable released a cover of Di'Ja yaro and wiz Khalif's We Dem Boys in the same year he released another cover of Cassper nyovest -shabaleza.In 2015 he welcome his fans with "udookwasi" that got a thousands of download in the same year he released an EP H.O.T (House of Terusha) he dedicated it to his family. 'Ayoo' a cover of Young MA gave the room to the released of the most anticipated mixtape "Knt music door opener" in 2018 he released a cover of skepta × wizkid -bad energy he titled "note" and later released the official anthem of TBC The Billion Coin (digital currency) 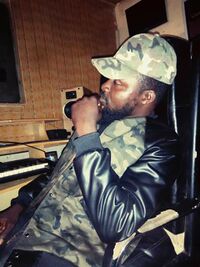 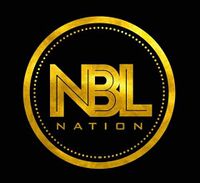